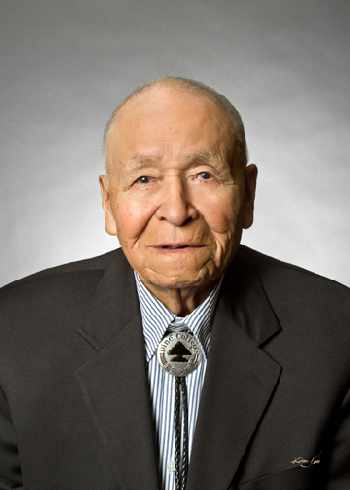 Wallace Charley has removed his name from consideration to fill out the term of late New mexico State Senator John PInto from district 3.

On July 15, 2019, the San Juan County Commission met to nominate a new replacement and commissioners chose Pinto's granddaughter Shannon at the nominee.

On Monday night at a special meeting of the San Juan County Commission, Commissioners chose Wallace Charley as nominee to New Mexico Senate District 3.
Upon the death of Senator John Pinto, a vacancy exists in New Mexico Senate District 3. District 3 is made up of precincts in both San Juan and McKinley Counties. According to New Mexico state law, a vacancy is filled by Governor’s appointment, from names submitted by the Board of Commissioners of each county. (NMSA 1978, Section 2-8D-4) The position will be subject to election on the November 2020 ballot. Commissioners solicited letters of interest and resumes from prospective nominees. The Commission received 13 submissions. One submission was disqualified due to an applicant not residing in the district. Monday’s special meeting was called in order to choose from applicants and make nomination to Governor Michelle Lujan-Grisham. Each applicant was given four minutes to speak before the Commission.
Wallace Charley is a former San Juan County Commissioner, serving from 2015 to 2018, and 1999 to 2006. Charley has also served as a Navajo Nation Council Delegate and New Mexico State Representative, each time representing the Shiprock area.
-