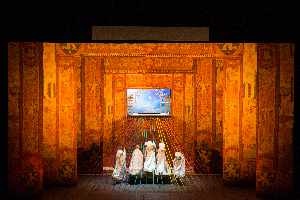 Lyric Opera of Chicago’s mission is to express and promote the life-changing, transformational, revelatory power of great opera. Lyric exists to provide a broad, deep, and relevant cultural service to Chicago and the nation, and to advance the development of the art form.

Founded in 1954, Lyric is dedicated to producing and performing consistently thrilling, entertaining, and thought-provoking opera with a balanced repertoire of core classics, lesser-known masterpieces, and new works; to creating an innovative and wide-ranging program of community engagement and educational activities; and to developing exceptional emerging operatic talent.