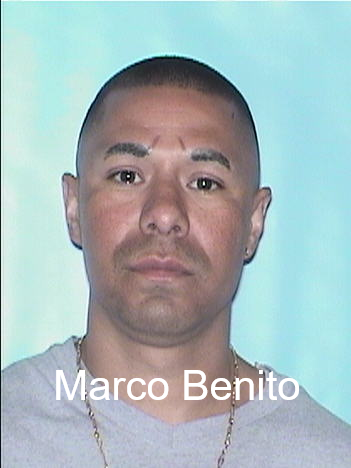 Video from incident released below

-8:14 Residence near the 5 mile marker Road 3000 reported of items being taken from her home.

-8:17 Residence near the 4.5 Miler marker on Road 3000 the suspect jumped out of vehicle assaulted the homeowner with a spear type weapon, homeowner fights with the suspect and describes the stolen truck and trailer to dispatch.

-8:30 Business near the 8 mile marker on NM 516 calls to report the stolen diesel truck and trailer being described at the previous 911 calls.

-8:35 Residence near the 7 mile marker on Road 3000 homeowner calls to report their SUV has been stolen and just prior they heard a diesel arrive at the residence.

-8:40 Residence near the 8 mile marker Road 3000 a 9 year old juvenile calls in to report a male has entered the home through a window and is currently in the house with. The reporting party states that ammunition, weapon, or weapons have possibly been taken from the home.

A short time later San Juan County Sheriff’s Office deputies and New Mexico State Police officers locate and followed the stolen SUV during the suspect’s crime spree. The subject fled at a high rate of speed and ultimately abandoned the vehicle and ran to avoid capture near the San Juan County landfill on County Road 3177.

Deputies and officers located the suspect in an irrigation ditch and gave several verbal commands to surrender. The subject threatened deputies and officers stating he had a firearm and refused to show his hands. A deputy fired his duty weapon striking the suspect. On scene law enforcement initiated life saving measures on the suspect. Medics arrived a short time later, however the subject succumbed to his injuries.

The investigation is ongoing and is being conducted by the San Juan County Regional Officer Involved Shooting Task force with Farmington Police Department Detective Division leading the investigation. Our thoughts are with Benito’s family and our deputy during this time.