Mormon Temple to be built in Farmington 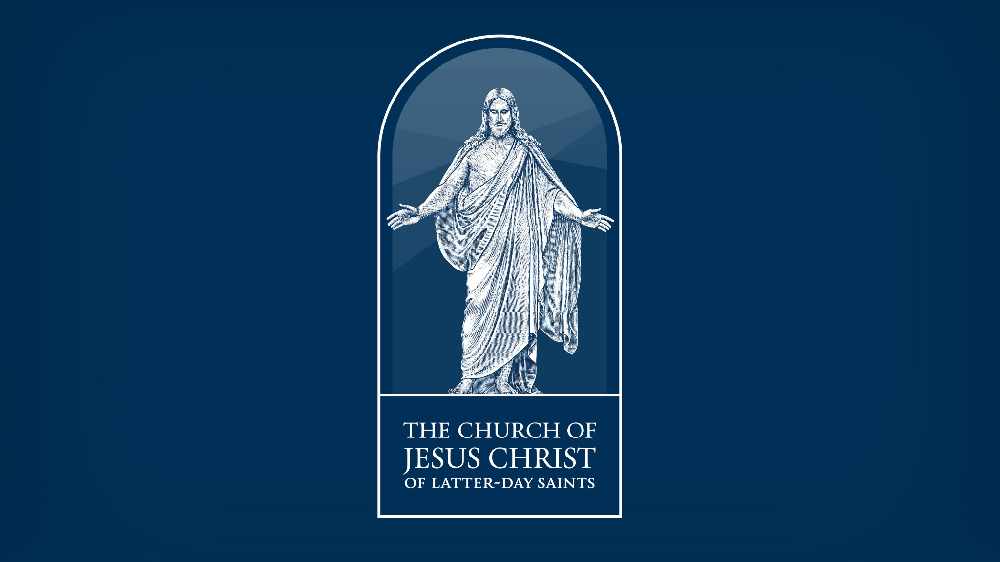 This is the second-highest number of temples announced at one time in the history of the Church. The Farmington New Mexico Temple will be the state’s second temple. The first temple, the Albuquerque New Mexico Temple, was dedicated March 5, 2000.

From the Church of Jesus Christ of Latter-Day Saints:

President Russell M. Nelson of The Church of Jesus Christ of Latter-day Saints has announced plans to build 20 new temples throughout the world. They will be constructed in the following locations:

This is the second-highest number of temples announced at one time in the history of the Church. At the April 1998 general conference, former Church President Gordon B. Hinckley (1910–2008) announced plans to construct as many as 32 new temples, though he did not list specific locations.

President Nelson’s announcement today of 20 new temples and their locations is unique not simply because of the historic number with specific locations. The prophet has now announced 69 new temples in the three years he has served as president of The Church of Jesus Christ of Latter-day Saints.

The Church of Jesus Christ now has 251 temples announced, under construction or operating.

Read more below about the Church in each of the 20 new temple locations.

New Mexico, a state in the southwestern United States, is home to approximately 70,000 members of The Church of Jesus Christ of Latter-day Saints in some 138 congregations. The first roots of the Church were established in New Mexico in the 1860s. Many Church settlements in New Mexico absorbed refugees from the Latter-day Saint colonies in Mexico during the Mexican Revolution in 1912. The Farmington New Mexico Temple will be the state’s second temple. The first temple, the Albuquerque New Mexico Temple, was dedicated March 5, 2000.

This will be the first temple for Norway which is home to about 5,000 Latter-day Saints. Oslo, Norway’s capital, sits on the country’s southern coast. The Book of Mormon was translated into Danish in 1850 – the first language other than English. The first missionaries arrived in Norway in 1851 and the first two congregations were organized in July 1852. In Scandinavia, the Church also has temples in Helsinki, Finland; Copenhagen, Denmark; and Stockholm, Sweden.

About 7,000 Latter-day Saints in a dozen congregations reside in Belgium. The Brussels Belgium Temple will be the Church’s first temple in Belgium. Brussels, a major international center, is the European country’s capital. A convert from Turkey was the first member to arrive in Belgium in 1888. Missionaries laboring in Switzerland and Germany were also sent to Belgium. The first chapels built for French-speaking members in Europe were all completed in the 1930s. There are more than a dozen temples in Europe.

Vienna is the capital and most populous city in Austria and home to about 5,000 Latter-day Saints. This will be the Church’s first temple in Austria, considered one of Central Europe’s cultural and economic centers. Orson Hyde, a member of the Quorum of the Twelve Apostles visited Austria in 1841. More than 20 years later, Elder Hyde and missionary William W. Ritter arrived in Austria to begin missionary work. Austria granted official government recognition to the Church in September 1955. More than a dozen temples are in Europe.

There are nearly 90,000 Latter-day Saints spread throughout 300 congregations in Ghana. With its beautiful variety of flowers and plants, Kumasi is known as the “Garden City” and is in the southern rain forest region of Ghana. The Kumasi Ghana Temple will be the second temple in the country; the first is the Accra Ghana Temple, dedicated in 2004. Missionary work began in the country in May 2002.

This will be the first temple in Mozambique. The country has more than 15,000 Latter-day Saints and more than 40 congregations.  Beira, a city of more than one-half million people, is a central Mozambique coastal city adjacent to the Indian Ocean. Missionary work began in the country in early 1999.

This will be the first temple in Singapore, which is home to 3,000 Latter-day Saints and seven congregations. Singapore is the capital of the Republic of Singapore and is in the southern part of the country. Missionary work began in Singapore in 1968.

Brazil is home to over 1.4 million Latter-day Saints spread throughout more than 2,100 congregations. Belo Horizonte, the sixth-largest city in Brazil, is considered the economic hub of the country. The first known member of the Church to live in Brazil emigrated from Germany in 1913. In 1986, Brazil became the third country outside the United States to have 50 organized stakes (a group of congregations). The temple in Belo Horizonte will be the 13th announced temple for Brazil, with dedicated temples located in Campinas, Curitiba, Fortaleza, Manaus, Porto Alegre, Recife and São Paulo. There is also a temple completed and prepared to be dedicated in Rio de Janeiro; temples under construction in Belem and Brasilia; and temples announced in Salvador and East São Paulo.

This will be Mexico’s 15th temple. Queretaro (officially known as Santiago de Queretaro) is a city about 135 miles northwest of Mexico City in the state of Queretaro in central Mexico. Queretaro has a population of about 1 million residents. The other temples in Mexico include the Ciudad Juárez, Colonia Juárez Chihuahua, Guadalajara, Hermosillo Sonora, Mérida, Mexico City, Monterrey, Oaxaca, Puebla, Tampico, Tijuana, Tuxtla Gutiérrez, Torreón, Veracruz and Villahermosa temples. The country is home to approximately 1.5 million Latter-day Saints, more than any other country outside the United States, and 1,800 congregations. Missionary work began in Mexico in 1875.

This will be Mexico’s 16th temple. Torreon is a City in the Mexican state of Coahuila, with a population of about 635,000 people. The other temples in Mexico include the Ciudad Juárez, Colonia Juárez Chihuahua, Guadalajara, Hermosillo Sonora, Mérida, Mexico City, Monterrey, Oaxaca, Puebla, Querétaro, Tampico, Tijuana, Tuxtla Gutiérrez, Veracruz and Villahermosa temples. The country is home to approximately 1.5 million Latter-day Saints, more than any other country outside the United States, and 1,800 congregations. Missionary work began in Mexico in 1875.

Montana, located in North Central United States and bordering Canada, is home to more than 50,000 Latter-day Saints and around 125 congregations. The Helena Montana Temple will be the second temple for the state. The first is the Billings Montana Temple, which was dedicated in November 1999.

One in every nine residents of Wyoming, or approximately 68,000 people, claim membership in The Church of Jesus Christ of Latter-day Saints. This will be the state’s second temple. The Star Valley Wyoming Temple was dedicated in 2016. Wyoming has a significant place in the history of the Church, as pioneers traveled across the state in their westward migration to Utah, primarily from the 1840s to the 1860s. Casper is in east-central Wyoming.

The Burley Idaho Temple will be the seventh temple in Idaho. Idaho is home to over 460,000 members of the Church in around 1,200 congregations. Burley is in the southern part of the state. Early Church pioneers settled in Idaho in 1855. Several Church presidents are natives of Idaho, including Presidents Harold B. Lee, Ezra Taft Benson and Howard W. Hunter. Other temples in the state include the nearby Twin Fall Idaho Temple, Boise Idaho Temple, Idaho Falls Temple, Meridian Idaho Temple, Pocatello Idaho Temple (under construction) and Rexburg Idaho Temple.

Oregon, a state in the western United States, is home to nearly 154,000 members of The Church of Jesus Christ of Latter-day Saints. Latter-day Saint settlement largely began with the arrival of Latter-day Saint businessmen in 1887. They built a lumber mill on North Powder River and persuaded several hundred Latter-day Saint families to migrate to Oregon. Today, there are approximately 300 congregations across the state. The Eugene Oregon Temple will be the third in the state, with other temples in Portland and Medford.

Nevada borders California in the Western United States and is home to more than 184,000 Latter-day Saints and roughly 350 congregations. The first mission of the Church in Nevada was established in 1855; 30 men were called to establish it at the Meadows in southern Nevada. Although Nevada was part of Utah Territory until it became a state in 1864, it was not until 1942 that The Church of Jesus Christ of Latter-day Saints organized a stake (a group of congregations) based in Elko County. The Elko Nevada Temple will be the state’s third temple. Other temples in operation include the Reno Nevada Temple and the Las Vegas Nevada Temple.

The Smithfield Utah Temple will be the second temple in Cache County and the 25th in Utah. The Logan Utah Temple was the second pioneer-era temple to be dedicated (1884) in the history of the Church of Jesus Christ. As the Church’s world headquarters, Utah has 2.1 million Church members, which is roughly two-thirds of the state’s population of 3.3 million residents. There are 17 operating temples in the state, including the Bountiful, Brigham City, Cedar City, Draper, Logan, Jordan River, Manti, Monticello, Mount Timpanogos, Ogden, Oquirrh Mountain, Payson, Provo City Center, Provo, St. George, Salt Lake and Vernal Temples. The Salt Lake Temple and St. George Temple are currently under renovation. Temples announced or under construction in Utah include the Layton Utah Temple, Orem Utah Temple, Red Cliffs Utah Temple, Saratoga Springs Utah Temple, Syracuse Utah Temple, Taylorsville Utah Temple and Deseret Peak Utah Temple.