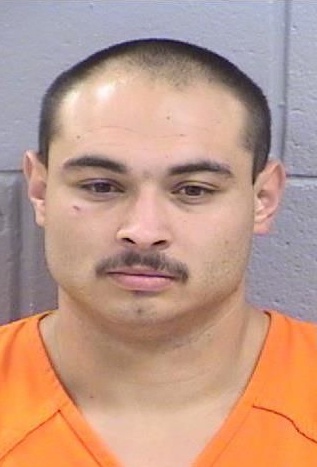 A female came into the lobby of the Farmington Police Department today around 11:10 a.m. reporting a fight in the 900 block of Auburn Avenue. Officers were given information on scene that a man, later identified later as Andregg, had battered and assaulted a woman and was inside the home armed with a knife. After a warrant was obtained for Andregg’s arrest SWAT officers entered the home, but Andregg had left prior to their arrival.

The incident remains under investigation. Police are asking anyone with information on Andregg’s whereabouts to call dispatch at 505-334-6622 or SJC Crime Stoppers at 505-334-TIPS.