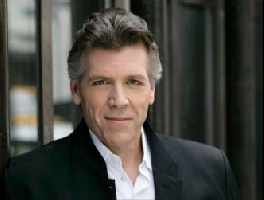 Baritone Thomas Hampson has been globally acclaimed not only for his vivid characterization and stylistic mastery in an exceptionally wide range of opera and song repertoire but also as an outstanding music scholar, writer and teacher. In celebration of his 60th birthday, which falls on June 28th, this two hour feature presents him discussing his life, career, teaching and music from his hugely diverse repertoire, which embraces works from the 17th Century right up to the present time, and in no less than a dozen languages. Thomas Hampson first of all takes us back more than 35 years and tells us how, after initially studying political science, he became a singer and was strongly encouraged and vitally influenced by some of the most eminent musicians and teachers of the time. He then discusses in revealing detail some of the operatic roles and song repertoire for which he has been particularly highly extolled. His opera performances and discussions are covered in the first part of the program, with extracts from works by Mozart, Verdi, Thomas and Britten, and then in the second half of the feature the focus is on song, with music by Schubert, Berlioz, Schumann, Mahler, Foster and Bowles. Additionally, the program looks at his deep commitment to vocal education and the large scale research and study courses he has initiated, and we hear a very strong illustration of him taking a singing master-class with one of the students who was specially selected to take part, at the Manhattan School of Music last year.

The music Thomas Hampson sings and discusses is: