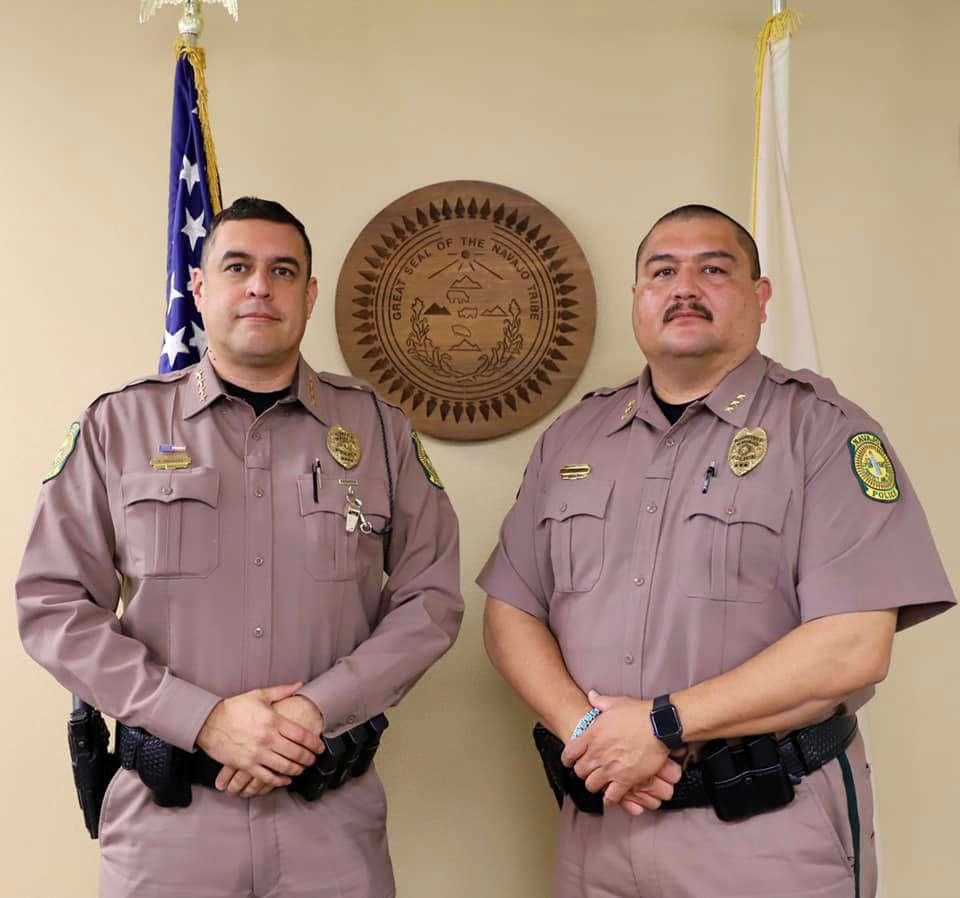 From the office of the Navajo President & Vice President:

President Nez, who served as Vice President of Navajo Nation when Chief Francisco was selected to lead the Navajo Police force in August 2016, offered his support for the transition and thanked Chief Francisco for his dedication and service to the Navajo people.

“Chief Francisco will always be recognized as a Diné warrior who served our people on the frontlines with great honor and commitment. Under his leadership, the Navajo Police Department has experienced vast improvements. My words are not enough to thank him for his contributions and for going above and beyond to overcome challenges to make our communities safer. We have complete confidence that Deputy Chief Noon will carry on the progress that is being made and build on the success that he and Chief Francisco developed together,” said President Nez.

“I strongly believe that Chief Francisco was the answer to our prayers in many aspects. There is so much progress and accomplishments that were made under his leadership, but he always remained humble and credited his fellow officers. We thank him and his family and we pray for his continued success with the Bloomfield Police Department,” said Vice President Lizer.

“I had the honor of working closely with Chief Francisco for several years. The commitment and dedication that he served with is second to none. I am very grateful to him and his family, Deputy Chief Noon, and all of our officers who sacrifice so much for our people. Chief Francisco has committed to helping the Navajo Police Department transition to the leadership of Deputy Chief Noon. We look forward to continuing our work together,” said Delmar.

Daryl Noon has served as the Deputy Chief of Police for the Navajo Nation since January 2019. He previously served with the Farmington Police Department in several capacities, including deputy chief, for more than 23 years. He is a member of the Navajo Nation and was born in Fort Defiance, Ariz. and previously resided in Shiprock, N.M. Noon will transition to the position of Navajo Police Chief when Francisco leaves at the end of the year.