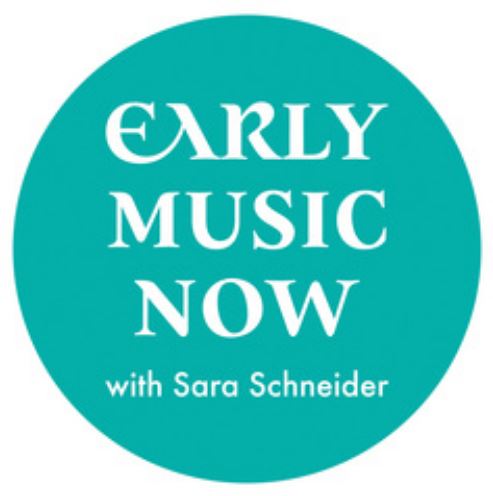 Early Music Now with Sara Schneider is a one-hour program showcasing music from the Middle Ages, Renaissance and early Baroque: from sonorous medieval chant and polyphony to delightful renaissance madrigals, dances, and consort music to magnificent baroque cantatas and keyboard music. Host and producer Sara Schneider brings knowledge, charm, and passion to her presentation of seven hundred years of music history. From the latest recordings by today’s vibrant young ensembles, to classics from the dawn of the early music revival, Early Music Now makes this repertoire accessible and enjoyable to a wide audience.

About the Host, Sara Schneider: After studying musicology at the University of Amsterdam in the Netherlands, Michigan native Sara Schneider put her love of music to work at Classical 89.5, KMFA in Austin, Texas; first as an announcer and producer, and subsequently as Music Director until 2014. From 2014 to 2016, Sara lived in Lübeck, Germany, where she researched and authored a novel, The Eagle and the Songbird. Sara has interviewed numerous early music luminaries, including Ton Koopman, Anonymous 4, Jordi Savall, and the late Gustav Leonhardt. She is a two-time Gracie Award® winner: in 2011 she received the award for her program Michael Nyman: Motion and Emotion, and in 2018 for Her Name Shall Endure, a program about medieval woman of letters Christine de Pizan. Sara serves on the board of Texas Early Music Project. In her spare time, she enjoys travel, hiking, and writing historical fiction, and she recently completed a teacher training program in Kundalini Yoga.