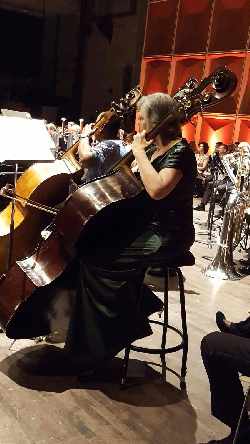 Since its founding in 1959, the Milwaukee Symphony Orchestra (MSO) has continued to be one of the country’s most artistically vibrant and innovative orchestras. This tradition has been enjoyed by millions nationwide since 1971 with the MSO’s radio series – the country’s longest-running national classical radio series. Under the baton of its sixth music director, the internationally-acclaimed Edo de Waart, the MSO’s full-time, professional, virtuosic musicians excite listeners with over 140 live concerts across Wisconsin each season. A selection of these are featured on the orchestra’s broadcasts, which feature exclusive behind the scenes and backstage musician commentary.

The MSO is a pioneer among American orchestras. The orchestra has performed world and American premieres of works by John Adams, Roberto Sierra, Phillip Glass, Geoffrey Gordon, Marc Neikrug, and Matthias Pintscher. In 2005, the MSO gained national recognition as the first American orchestra to offer live recordings on iTunes, and continues to offer over forty albums available for download